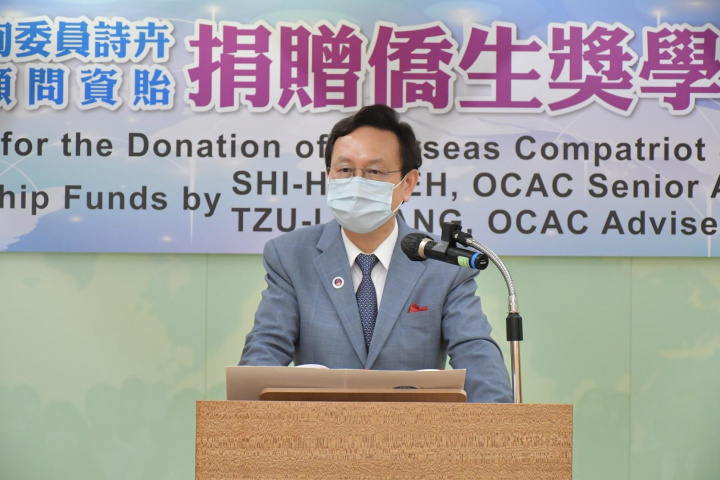 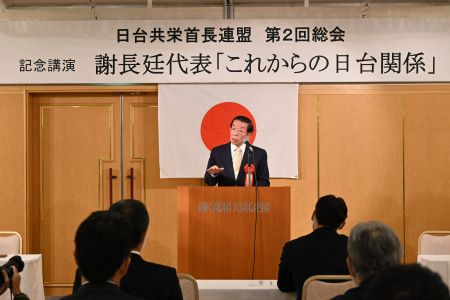 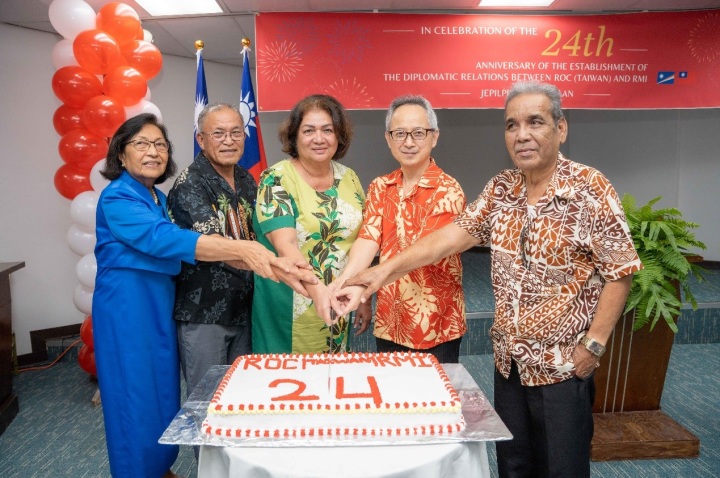 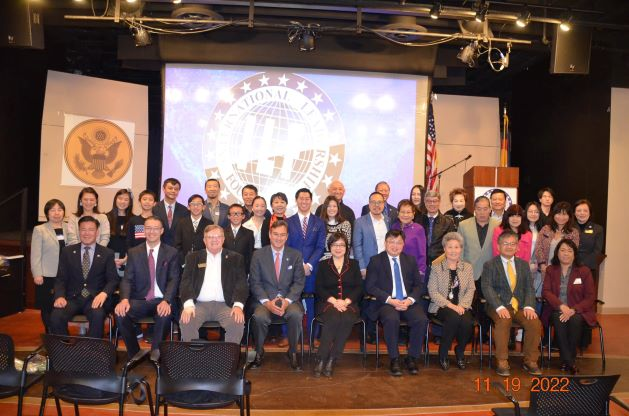 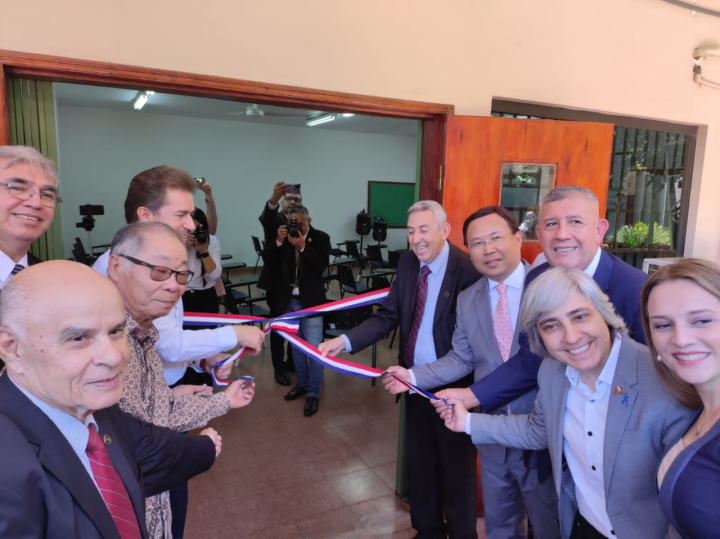 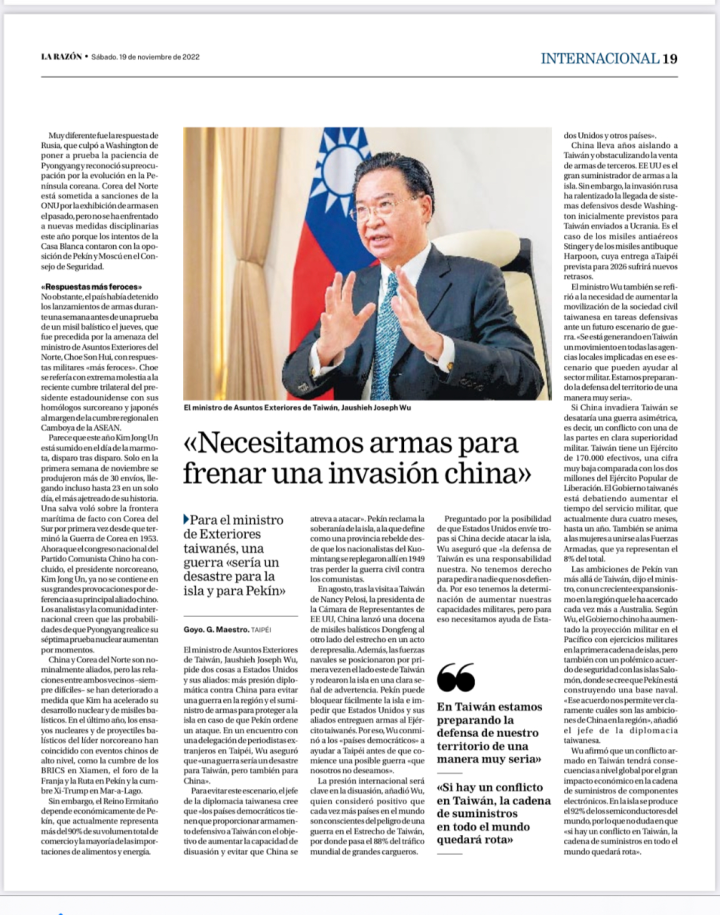 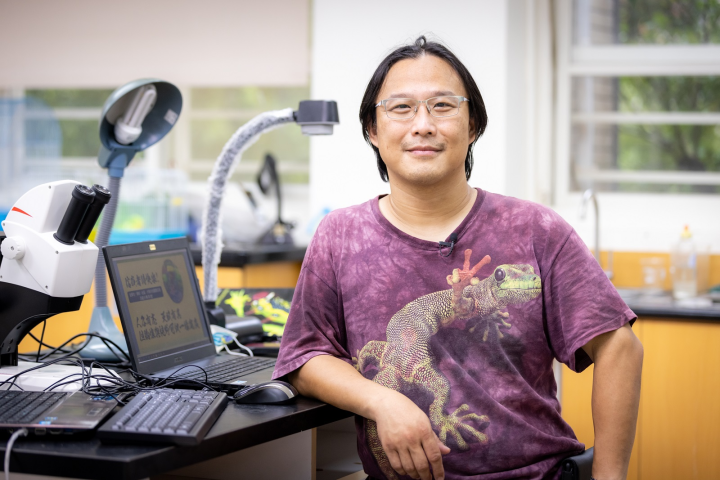 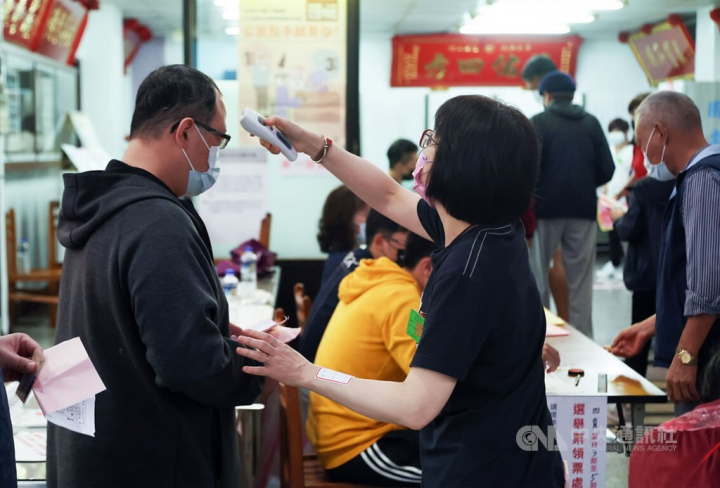 Washington, Oct. 4 (CNA) The representatives of three of Taiwan's allies called for the country's participation in the International Civil Aviation Organization (ICAO) at a plenary session on Tuesday of the United Nations agency's triennial assembly.

The 41st edition of the ICAO assembly is being held from Sept. 27 to Oct. 7 at the agency's headquarters in Montreal, Canada, to which Taiwan is not invited.

At the plenary session on Tuesday, the representatives of three of Taiwan's 14 allies, namely Belize, Eswatini and Tuvalu, spoke in favor of the country's inclusion in ICAO activities.

Belizean Minister of Blue Economy and Civil Aviation Andre Perez said his government called for Taiwan to "be given the opportunity to have meaningful participation in our ICAO processes" as "no country should be left behind."

Perez mentioned the importance of the Taipei Flight Information Region administered by Taiwan's government and added that "aviation works best when we all work together."

Minister of Public Works and Transport Ndlaluhlaza Ndwandwe of Eswatini said at the same event that the southern African country supported "Taiwan's meaningful participation in ICAO meetings, activities, and mechanisms."

The ICAO continues to deny certain critical stakeholders' participation in its activities, Ndwandwe said, adding that Eswatini "believes that international civil aviation stakeholders that administer any political airspace should be part of such an organization."

Meanwhile, Taniela Siose, Tuvalu's deputy permanent representative to the United Nations, said his country fully supports "the full inclusion of nations, of all nations, in the ICAO assemblies as we need to advocate a joint community for the betterment of our world, which is rightly in line with the ICAO themes of reconnecting the world."

Tuvalu urged the ICAO to "fully include Taiwan as a sovereign nation in all its forums and gatherings," Siose said.

Taiwan last attended the ICAO's triennial event as a guest of the president of the U.N. agency's council in 2013 against the backdrop of warming ties between Taiwan and China under Taiwan's previous Kuomintang (KMT) administration.

However, Taiwan has not been invited to any ICAO assembly since President Tsai Ing-wen (蔡英文) of the independence-leaning Democratic Progressive Party took office in 2016, when relations with Beijing began to sour.

Taiwan's government has called for the ICAO to include the country in its activities in recent years, with Tsai taking to social media at the end of September to say that Taiwan's "participation is key to effective global cooperation in aviation safety."